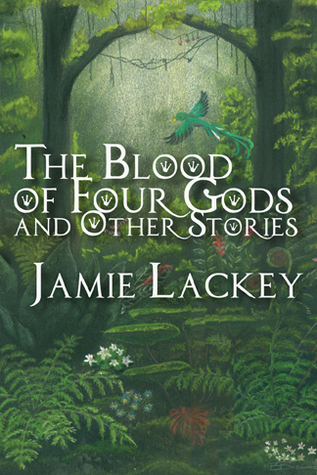 In this collection of fourteen short stories inspired by African, Asian, and Native American myth and legend one will explore different realms of possibility.  From the cloud forest to crowded city streets these stories bring to life new fantasy.   New characters arise as brave as they are kind to counteract the forces of evil constantly threatening our world.  As these stories show the impossible it becomes the reality of possibility in the mind’s eye.  I received this book from Netgalley in exchange for an honest review.  This book was published September 1, 2018.

This short collection of stories was interesting in a weird and not completely amazing way.  I was first drawn to the book through its title and the promise of short stories filled with magic.  I looked forward to the book and was quite excited to read it.  However, the book did not fully live up to my expectations.

First of all there was absolutely no character growth in anyone. The characters were just there and some of the stories almost seemed to just end but had no real ending.  All of the characters were blah for I as a reader could not connect to them and their troubles.  Not to mention most of the endings were either depressing, too much happily ever after, or simply not there at all.

However, the main thing that drove me to distraction was how in almost every story there was an incomplete transition where we just jump from one moment to the next and it was slightly confusing.  Like suddenly the main characters are getting married then one of them is dead due to a snake bite.

Another thing I hated was how some endings were just so abrupt.  It was like the author didn’t want to continue it and this usually resulted in there being no climax or plot to the short story.  For example one story was about a priestess who sacrifices herself by jumping into a volcano.  She lands on solid ground and has to climb up a ledge which she can’t see. And the story just ends with her climbing.  It made me want to cry for I wanted to know what happened to her but we will never know because the story just ends.

I will say though that I liked the ideas behind the world building and some of the stories.  I just felt that the author could have explored the worlds and characters more in depth creating short stories that allow the reader to become attached to that tale.  However, since this did not occur it just created stories that were just there and that weren’t that great.

In the end I cannot recommend this book.  It wasn’t the worst thing I have read but it wasn’t phenomenal.